The Kona explores the conception of a litany of patterns, visualized in geometric motifs. The term ‘Kona’ comes from the Sanskrit word for ‘angle.’ Interesting patterns created from intersecting straight lines fabricate an array of forms, such as triangles, parallelograms, trapeziums, and pyramids which create a dynamic play of depth, texture, and dimensionality.

For this installation, the Kona manifests itself as a combination of two permutations: a mural and a jaali screen on the facade. Varying in scale and design, the pattern has been expressed in two different tones on the same elevation. The Kona pattern exhibits itself as a jaali wrapping around the balcony of the house, crafted through the combined precision of digital fabrication and hand craftsmanship. The perforations of the jaali filer the light inside and provide a semblance of privacy, whilst creating an interesting play of light and shadow.

The mural panel on the face is of a much larger scale as compared to the jaali, with the Kona pattern intricately engraved in Cecilia Gold Limestone.

A circular module with a 7 foot diameter and carved in 75mm-thick stone has been introduced amidst rectangular modules carved in 30mm-thick stone cut along the edges to flawlessly integrate with the other pieces.

The panels in Graphite Grey Granite have been cut along the lines of the pattern and seamlessly come together through interlocking joints. 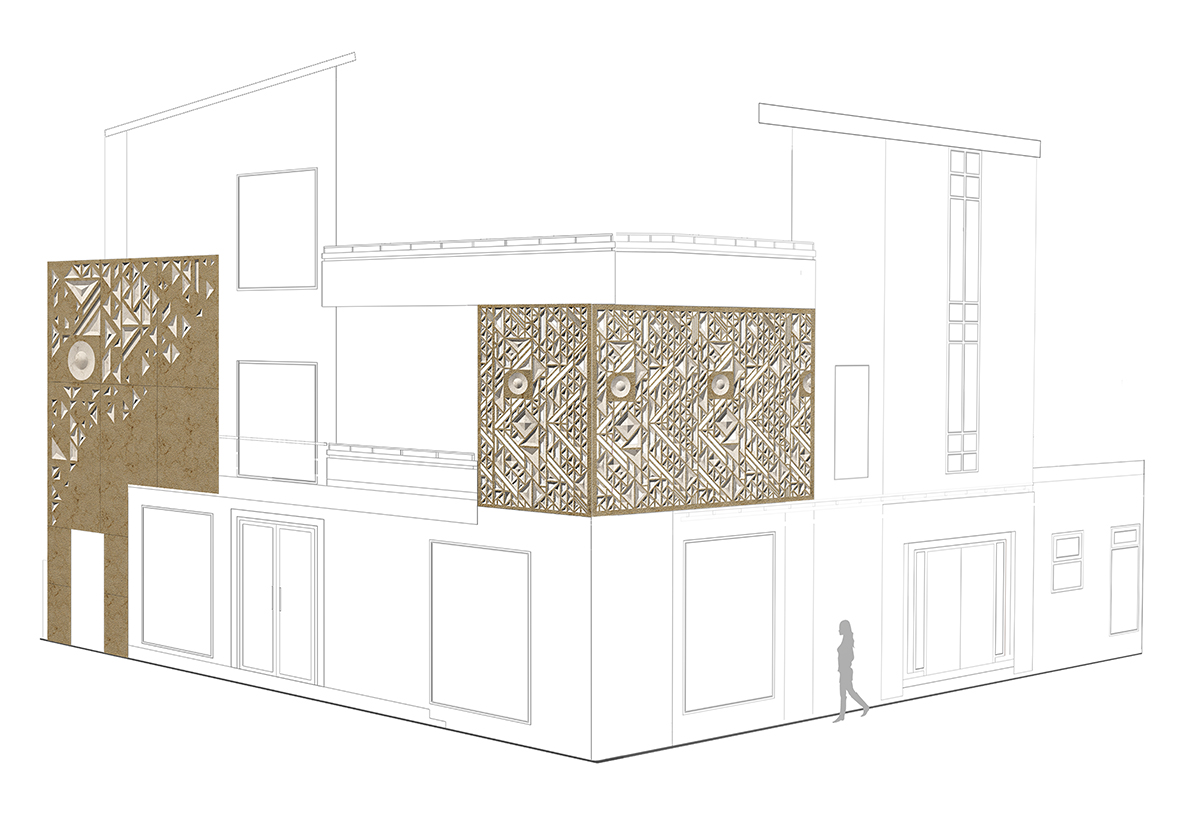