Anoma is a natural surfaces, sculptures, and installations brand that combines the accuracy of digital fabrication with the humanism of hand craftsmanship to deliver artisanal results.

Taking inspiration from natural organic forms such as foliage and corals to exploring parametric and generative computer-aided design and glorifying the traditional art of origami, Anoma explores stone patterns that serve as an architectural and design element bringing together style and function. Powered by constant research and development, investment in the latest technology, and specialized training of artisans and craftsman, Anoma is at the forefront of design and manufacturing in natural stone.

Our experience center is located in Los Angeles, California with dealers and distributors across the globe. 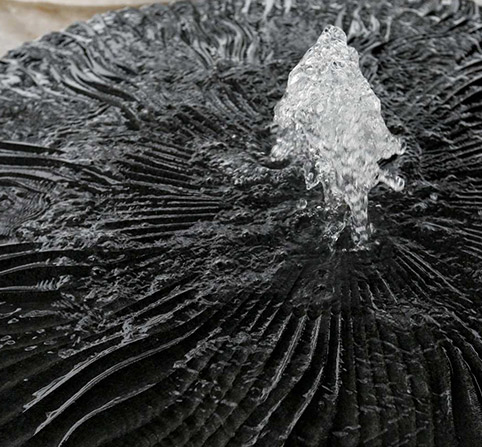 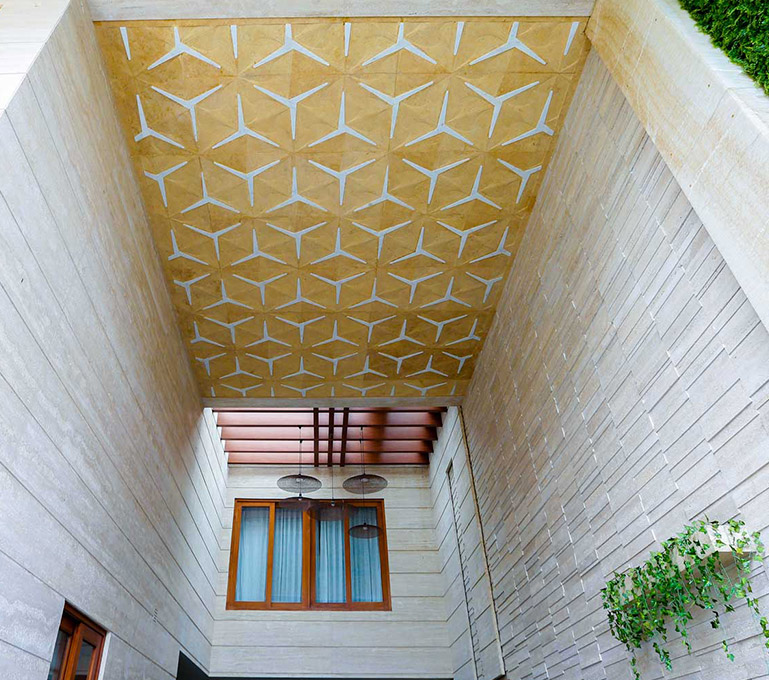 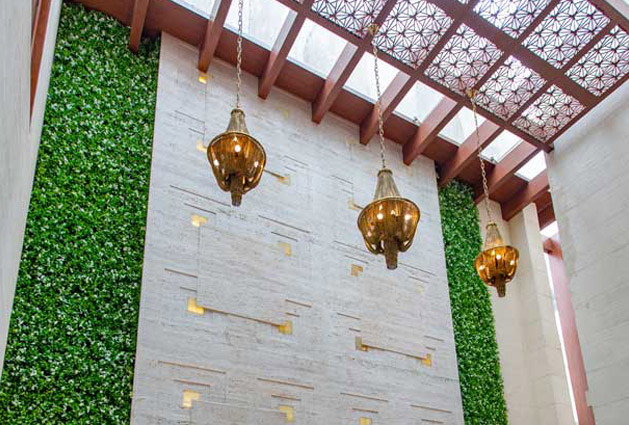 Ruchika Grover is an Indian artist who primarily works with natural materials. Her diverse oeuvre spanning surfaces, sculptures, and installations combines the complexity of digital fabrication with the humanism of traditional hand-craft.

Her choice of subjects reveals an investigation into the wonders of the natural world and establishes a critical commentary on man’s relationship with the inner self.

A self-taught artist; her interest in stone primarily blossomed at the age of 14 when she began traveling with her father, a stone merchant, to rock formations and quarries. These early experiences formed the cornerstone of her understanding of materiality and craftsmanship, eventually pushing her to establish Odyssey in 2007, a design studio focused on creating small installations and custom fabrications. In 2017, an intention to bring the tactile nature of Indian craft to the forefront of the global discourse led her to launch Anoma.

The brand, directed at the contemporary international market, celebrates innovation in digital design while staying true to local Indian artisanship.

Grover’s work has been exhibited at leading art and design shows around the world, such as the Scope International Contemporary Art Show in Miami (2017) and the Architectural Digest Design Show in New York (2018). Her work has also brought her widespread international acclaim and recognition including the Elle Deco International Design Award (2015), spots on the shortlist of the Surface Design Awards in London (2016, 2018), a Coverings Installation and Design Award in Atlanta (2018), and the Perspective 40 under 40 Art Award in Hong Kong (2018). 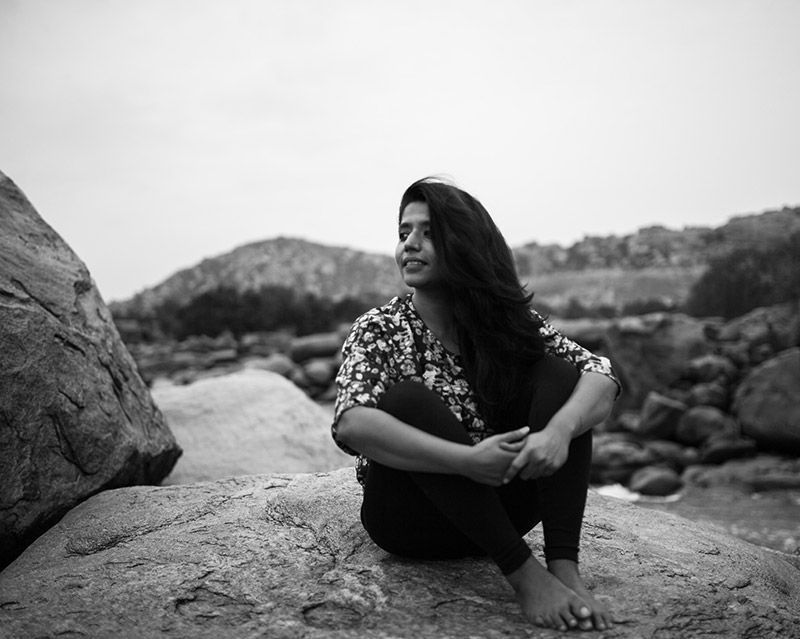 The driving force behind Anoma is a core team of Design Consultants, Design Development, Production, Projects, Execution, Operations, Photography and Human Resources which is led by:

Ruchika Grover (Founder & Creative Director) – Heading the Design Development at Anoma, Ruchika has a keen sense of Design and has experimented heavily with different techniques/types of stone and their application.

Ajay Grover (Managing Director) – with over 20 years of experience in the Stone Business, Ajay has a passion for the stone business which has taken him to every quarry globally. His extensive knowledge and valuable experience are a huge asset for Odyssey. 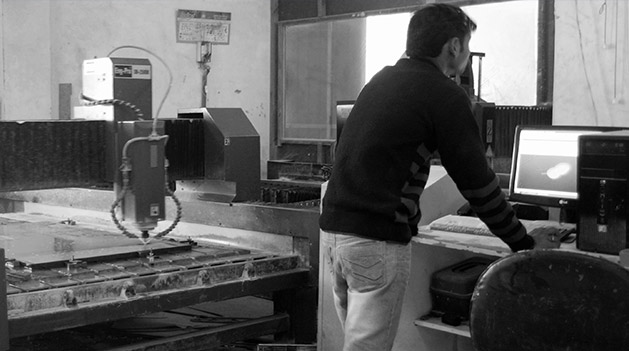 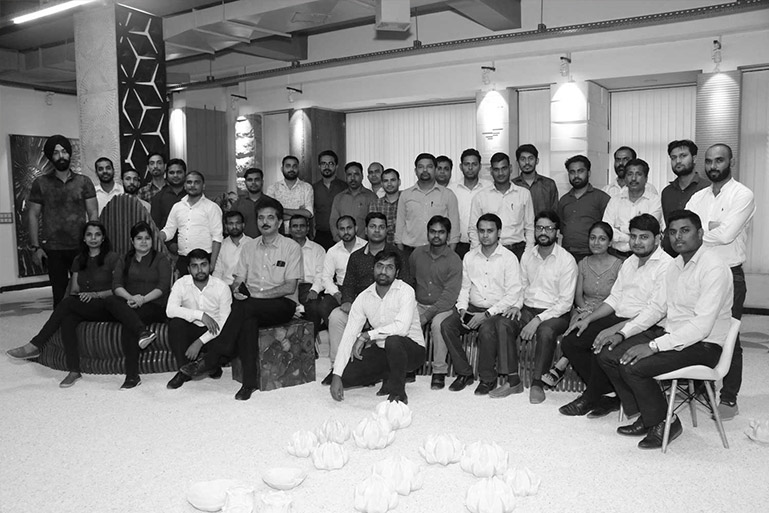 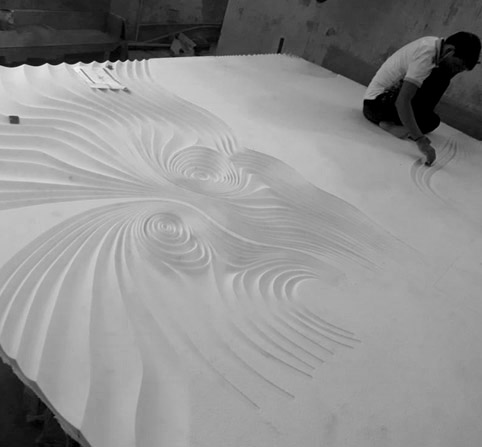