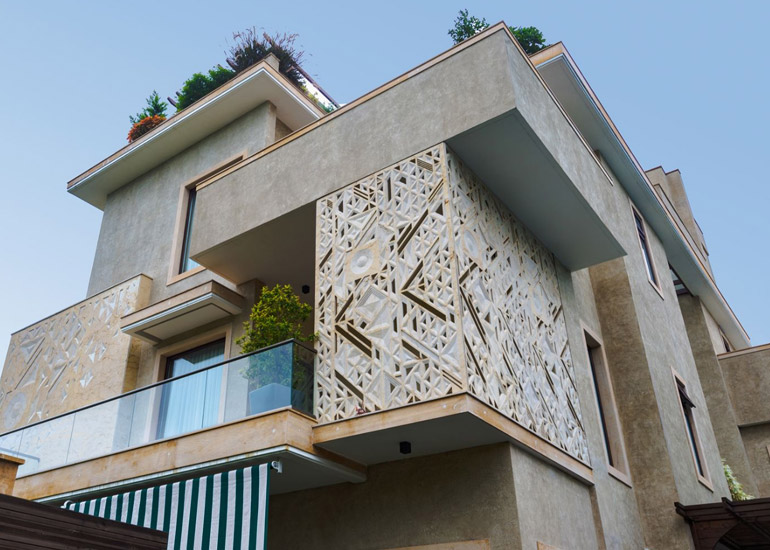 The Kona explores the conception of a litany of patterns, visualized in geometric motifs. The term ‘Kona’ draws from the Sanskrit word for ‘angle.’ Interesting patterns created from intersecting straight lines fabricate an array of forms, such as triangles, parallelograms, trapeziums and pyramids – creating a dynamic play of depth, texture, and dimensionality, highlighting light and shadow. 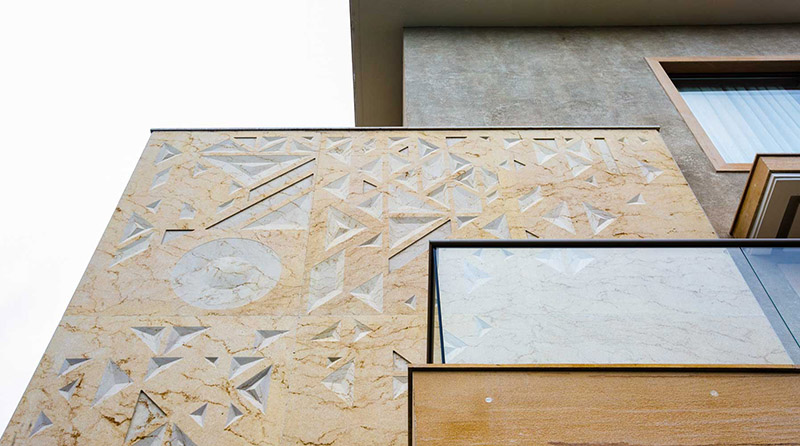 While the Kona is available in modular surface panels, we’ve created several customized Kona installations as well that can be tailored to varied scales to suit specific project requirements. Different interpretations of the installation have been experimented with across projects. Two of such projects are façade designs for private residences in Bhopal, Indi 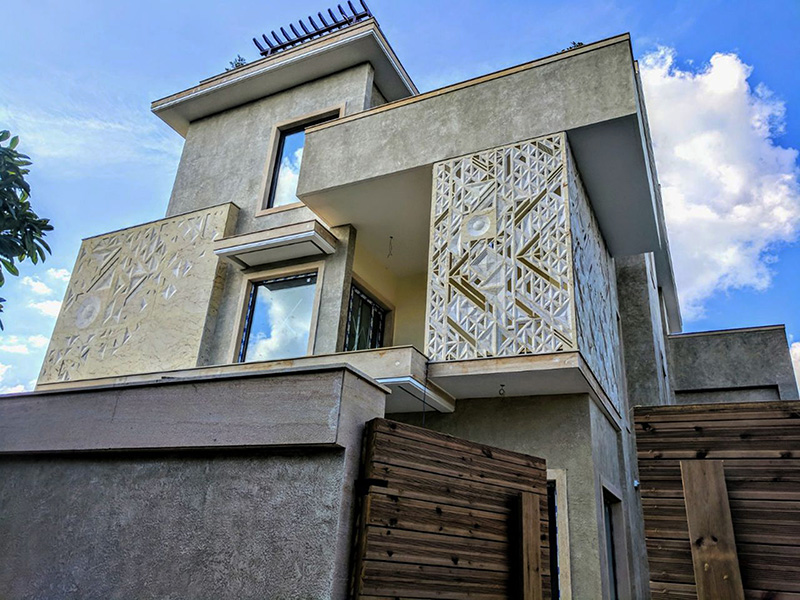 For the first one, the Kona manifests itself as a combination of two permutations: a mural and a jaaliscreen on the façade. Varying in scale and design, the pattern has been expressed in two different tones on the same elevation. The Kona pattern exhibits itself as a jaaliwrapping around the balcony of the house, crafted through the combined precision of digital fabrication and hand craftsmanship. The perforations of the jaalifilter the light inside and provide a semblance of privacy, whilst creating an interesting play of light and shadow. 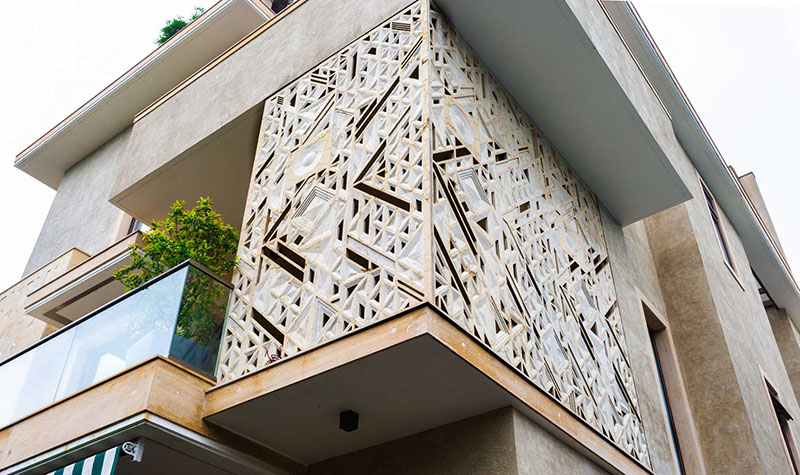 The mural panel on the façade is of a much larger scale as compared to the jaali, with the Kona pattern intricately engraved in Cecilia Gold Limestone and finished in leather.

For the second residence coming up in Bhopal, the Kona has been envisioned to reveal itself as a mural, an assemblage of multiple panels that has been designed to fit together like a jigsaw. 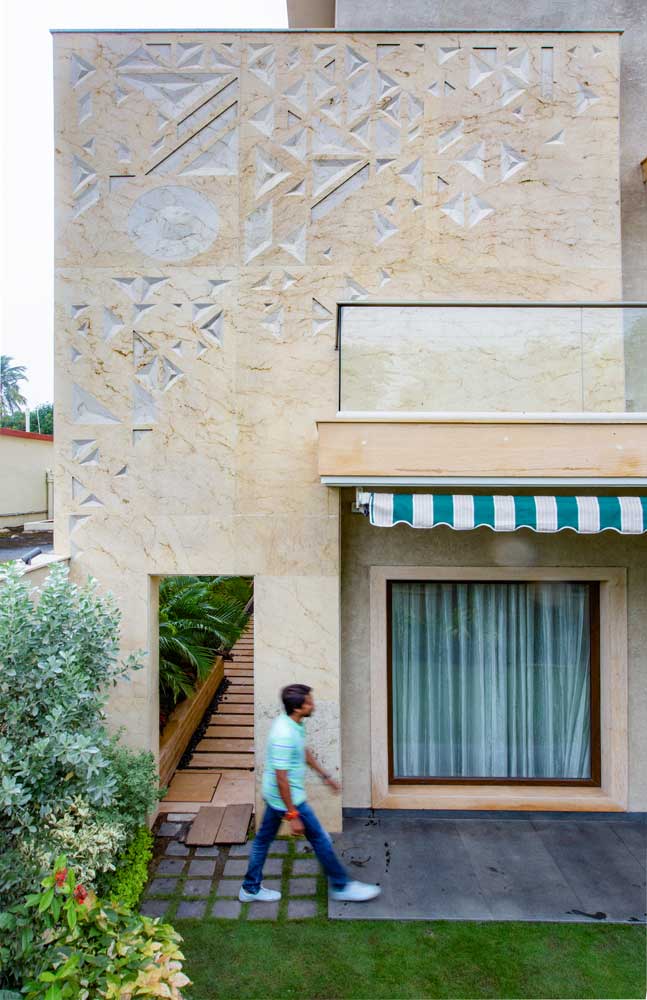 A circular module with a 7-feet diameter and carved in 75-mm-thick stone has been introduced amidst rectangular modules carved in 30-mm-thick stone, cut along the edges to flawlessly integrate with the other pieces. 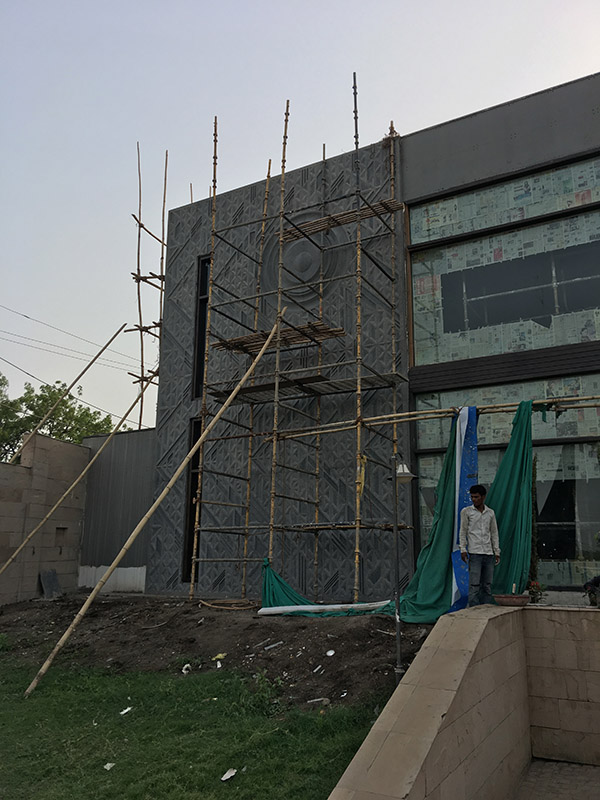 The panels have been designed in Graphite Grey Granite, cut along the lines of the pattern, seamlessly coming together through interlocking joints. 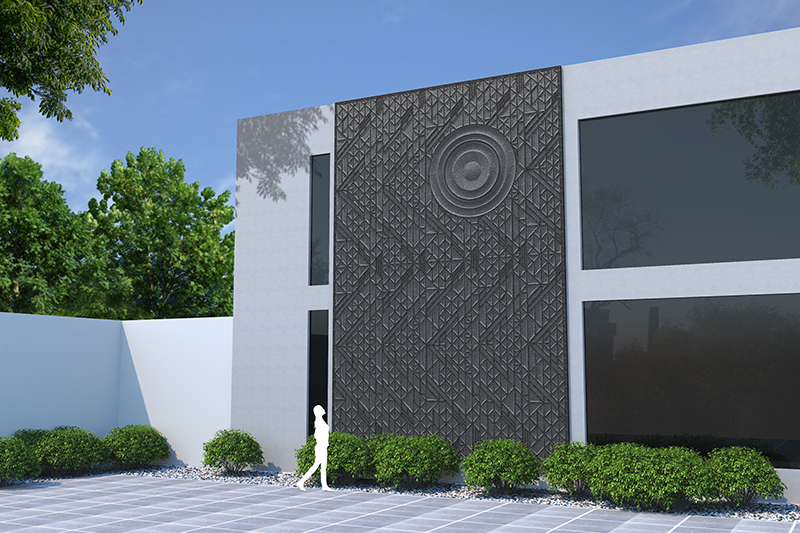 Next← The Hexagon
NextKona – The Custom Surface →
Copyright © 2019. All rights reserved.