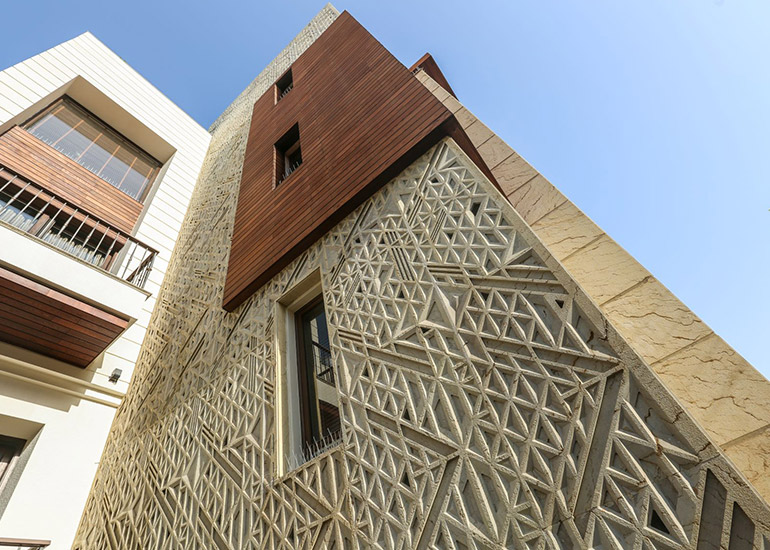 The Kona, part of Anoma’s Breathing Surfaces, celebrates geometricity. Derived from the Sanskrit word for ‘angle,’ its patterns are an interesting composition of intersecting straight lines. The resultant forms – triangles, parallelograms, trapeziums, and pyramids – create a dynamic play of depth, texture, and dimensionality, highlighting light and shadow.

While the Kona is available in modular surface panels, it is customizable and can be interpreted to suit specific project requirements, to create customized installations across varied scales and typologies. 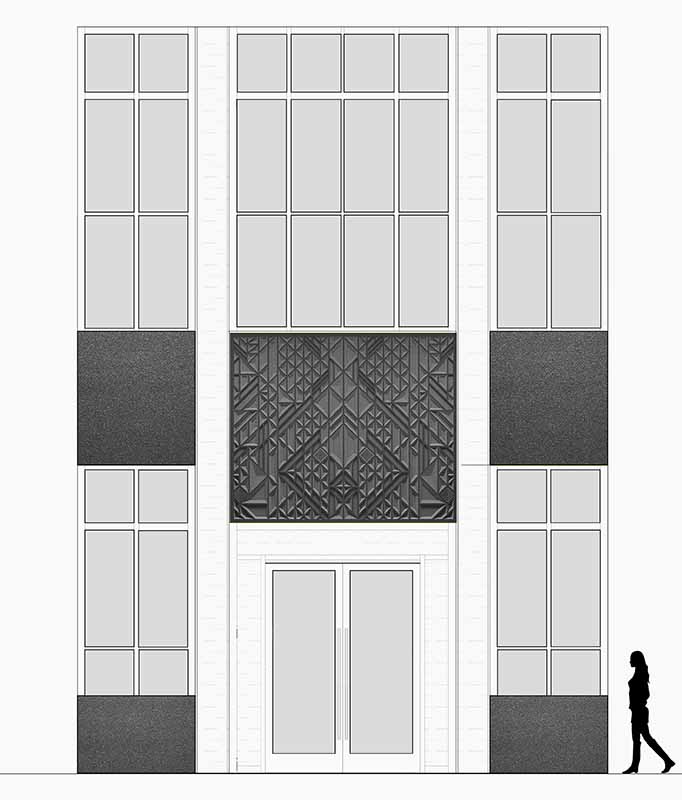 One of such Kona interpretations is coming up at The Row Hotel at Assembly Row, Somerville, Massachusetts, USA. The hotel is expected to open in early 2019, where a customized Kona surface panel will grace its façade. The design responds to the client brief that asked for an Art Deco-inspired mural. The Kona pattern, as a result, is mirrored to create a permutation that symbolizes the Cubism-inspired geometric forms that are a hallmark of the historic visual style.

The panel is designed as an assemblage of multiple pieces that fit together like a jigsaw puzzle. The individual stone pieces were conceived and cut along the lines of the pattern; when installed, they came together seamlessly through interlocking joints.

Next← Kona – The Custom Installations
NextFasetto →
Copyright © 2019. All rights reserved.